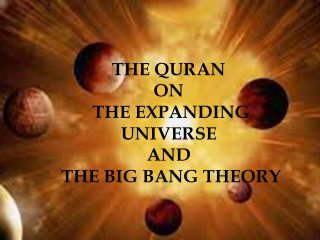 Hubble’s Law
For thousands of years, astronomers wrestled with basic questions concerning the universe.  Until the early 1920’s, it was believed that the universe had always been in existence; also, that the size of the universe was fixed and not changing.  However, in 1912, the American astronomer, Vesto Slipher, made a discovery that would soon change astronomers’ beliefs about the universe.  Slipher, noticed that the galaxies were moving away from earth at huge velocities.  These observations provided the first evidence supporting the expanding-universe theory.[1]

Before the invention of the telescope in 1608, man could do little more than wonder about the origin of the universe. (Courtesy: NASA)

In 1916, Albert Einstein formulated his General Theory of Relativity that indicated that the universe must be either expanding or contracting.  Confirmation of the expanding-universe theory finally came in 1929 in the hands of the well known American astronomer Edwin Hubble.

By observing redshifts[2] in the light wavelengths emitted by galaxies, Hubble found that galaxies were not fixed in their position; instead, they were actually moving away from us with speeds proportional to their distance from earth (Hubble's Law).  The only explanation for this observation was that the universe had to be expanding.  Hubble’s discovery is regarded as one of the greatest in the history of astronomy.  In 1929, he published the velocity-time relation which is the basis of modern cosmology.  In the years to come, with further observations, the expanding-universe theory was accepted by scientists and astronomers alike.

With the Hooker Telescope, Hubble discovered that the galaxies were moving away us.  Above are photos of known galaxies.  (Courtesy: NASA)

Yet, astonishingly well before telescopes were even invented and well before Hubble published his Law, Prophet Muhammad used to recite a verse of the Quran to his companions that ultimately stated that the universe is expanding.

At the time of the revelation of the Quran, the word “space” was not known, and people used the word “heaven” to refer to what lies above the Earth.  In the above verse, the word “heaven” is referring to space and the known universe.  The verse points out that space, and thus the universe, happens to be expanding, just as Hubble’s Law states.

That the Quran mentioned such a fact centuries before the invention of the first telescope, at a time when there was primitive knowledge in science, is considered remarkable.  This is more so considering that, like many people in his time, Prophet Muhammad happened to be illiterate and simply could not have been aware of such facts by himself.  Could it be that he had truly received divine revelation from the Creator and Originator of the universe?

The Big Bang Theory
Soon after Hubble published his theory, he went on to discover that not only were galaxies moving away from the Earth, but were also moving away from one another.  This meant that the universe happened to be expanding in every direction, in the same way a balloon expands when filled with air.  Hubble’s new findings placed the foundations for the Big Bang theory.

The Big Bang theory states that around 12-15 billion years ago the universe came into existence from one single extremely hot and dense point, and that something triggered the explosion of this point that brought about the beginning of the universe.  The universe, since then, has been expanding from this single point.

Later, in 1965, radio astronomers Arno Penzias and Robert Wilson made a Noble Prize winning discovery that confirmed the Big Bang theory.  Prior to their discovery, the theory implied that if the single point from which the universe came into existence was initially extremely hot, then remnants of this heat should be found.  This remnant heat is exactly what Penzias and Wilson found.  In 1965, Penzias and Wilson discovered a 2.725 degree Kelvin Cosmic Microwave Background Radiation (CMB) that spreads through the universe.  Thus, it was understood that the radiation found was a remnant of the initial stages of the Big Bang.  Presently, the Big Bang theory is accepted by the vast majority of scientists and astronomers.

A microwave map of the leftover from the Big Bang that gave birth to the universe. (Courtesy: NASA)

It is mentioned in the Quran:

“Is not He who created the heavens and the earth Able to create the likes of them?  Yes; and He is the Knowing Creator. His command is only when He intends a thing that He says to it, ‘Be,’ and it is.” (Quran 36:81-82)

The above verses prove that the universe had a beginning, that God was behind its creation, and all that God needs to do inorder to create is to say “Be,” and it is.  Could this be an explanation as to what triggered off the explosion that brought about the beginning of the universe?

“Have those who disbelieved not considered that the heavens and the earth were a joined entity, then We separated them, and made from water every living thing?  Then will they not believe?” (Quran 21:30)

Muslim scholars who have explained the previous verse mention that the heavens and earth were once one, and then God caused them to separate and form into the seven heavens and Earth.  Yet, due to the limitations of science and technology at the time of the revelation of the Quran (and for centuries to follow), no scholar was able to give much detail about how exactly the heavens and earth were created.  What the scholars could explain was the precise meaning of each word in Arabic in the verse, as well as the overall meaning of the verse.

In the previous verse, the Arabic words ratq and fataq are used.  The word ratq can be translated into “entity” “sewn to” “joined together” or “closed up”.  The meaning of these translations all circulate around something that is mixed and that has a separate and distinct existence.  The verb fataq is translated into “We unstitched” “We clove them asunder” “We separated” or “We have opened them”.  These meanings imply that something comes into being by an action of splitting or tearing apart.  The sprouting of a seed from the soil is a good example of a similar illustration of the meaning of the verb fataq.

With the introduction of the Big Bang theory, it soon became clear to Muslim scholars that the details mentioned with regards to the theory go identically hand in hand with the description of the creation of the universe in verse 30 of chapter 21 of the Quran.  The theory states that all the matter in the universe came into existence from one single extremely hot and dense point; that exploded and brought about the beginning of the universe, matches what is mentioned in the verse that the heaven and Earth (thus the universe) where once joined together, and  then split apart.  Once again, the only possible explanation is that Prophet Muhammad had truly received divine revelation from God, The Creator and Originator of the universe.

When we look at the Big Bang theory that explains the origins of the universe, one might fairly ask “since when do explosions form intricate and balanced systems and complex life forms?” Yet, that is what some people propose happened with the universe and the Big Bang! One might respond that this is a very simplistic approach but it just so happens that science too is suggesting that the laws that govern the universe are so fine tuned that life could not exist without this degree of fine tuning.

Consider the strength of gravity. After the Big Bang billions of years ago, the matter in the universe was randomly distributed. There were no planets, galaxies or stars, just atoms floating around in the dark void of space. As the universe began to expand, gravity pulled ever so gently on the atoms, gathering them into clumps that eventually became stars and galaxies. What is important is that the force of gravity had to be just right. If gravity was a bit weaker, the atoms would have been so widely distributed that they would never have been gathered into galaxies, stars and planets. If the force of gravity was a bit stronger, the atoms would have been pulled together into one single mass and then the Big Bang would have simply become the Big Crunch. The strength of gravity has to be just right for stars to form. So what is ‘just right’?

Remember our mobile phone in the desert? Isn’t it much more reasonable to conclude that the universe and life  are a result of wilful intelligent design?  After all, what are the options?

Could it really have just come from nothing? And if that is the case, then why not apply that to everything else in life? Perhaps the man in the red underpants just spontaneously appeared!

Could it have created itself? Well we just don’t attribute to the collection of stars and galaxies that we call the universe the ability to design and systemise. Surely that needs intelligence and will? So if common sense and reason point so conclusively towards the existence of intelligent and wilful design, what other conclusions can we come to through the use of reason? Well, one conclusion one might certainly reach is that the nature of the source of this intelligence and will must be different in nature from the universe it created.

This is why it makes so much sense to believe in One Unique Eternal and Self-Sufficient Creator.

Common sense and reason lead easily or perhaps even inevitably, to the conclusion that the universe has been created by a transcendent being, unlike in essence to anything that we know. 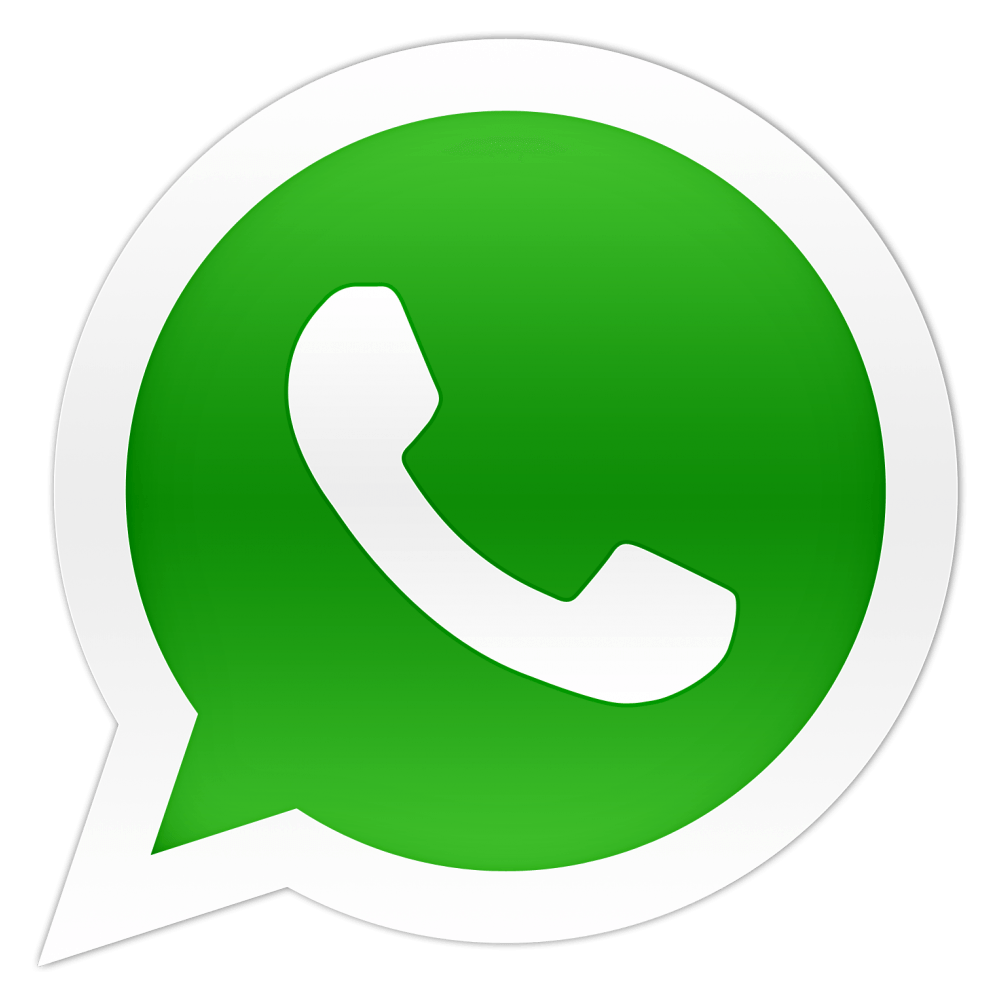