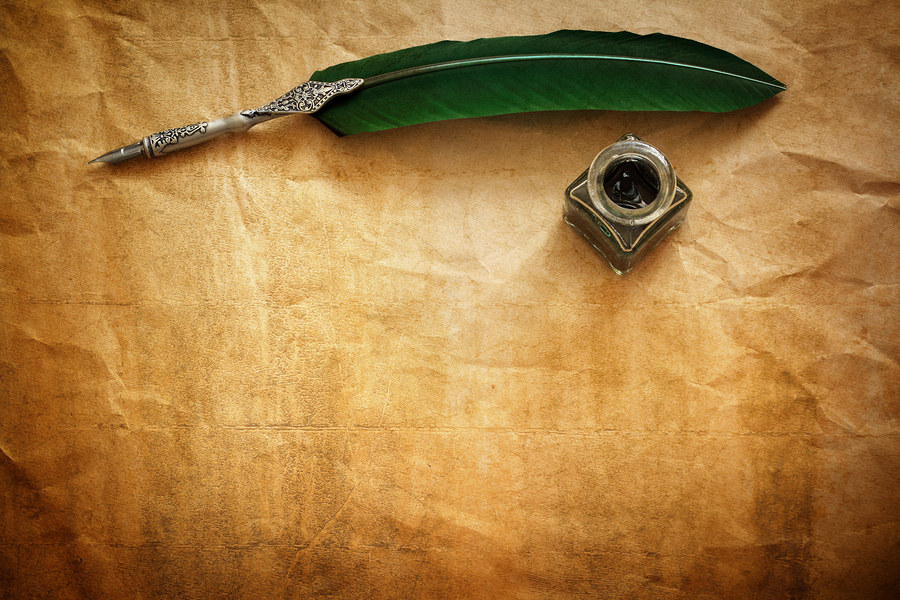 Muslims learn about their religion from two basic sources, the ‘Quran’ and the ‘Sunna’ of Prophet Muhammad.

Quran
‘...The Qur'an cannot be translated. ...The book is here rendered almost literally and every effort has been made to choose befitting language. But the result is not the Glorious Qur'an, that inimitable symphony, the very sounds of which move men to tears and ecstasy. It is only an attempt to present the meaning of the Qur'an-and peradventure something of the charm in English. It can never take the place of the Qur'an in Arabic, nor is it meant to do so...’ Marmaduke Pickthall, The Meanings Of The Glorious Quran
‘By virtue of its peculiar structure Arabic lent itself admirably to a terse, epigrammatic manner of speech. Islam made full use of this feature of the language and of this psychological peculiarity of its people. Hence the “miraculous character” of the style and composition of the Koran, adduced by Moslems as the strongest argument in favor of the genuineness of their faith. The triumph of Islam was to a certain extent the triumph of a language, more particularly of a book.’
Philip Hitti, The Arabs: A Short History, p. 26-27, 1943 Princeton University Press
To Muslims, the Quran is the literal Word of God that He revealed to His prophet, Muhammad, by means of the angel Gabriel.

The Arabic Quran is about as long as the Christian New Testament. In most editions it is between 400 and 600 pages in length. The Quran contains over six thousand verses (Arabic aa-yat) that were revealed over twenty-three years. Verses are collected into 114 surahs or chapters of unequal length.

In contrast to the Hebrew Bible and the New Testament, the Quran issued from the mouth of a single person, who recited what he heard from the angel Gabriel. On the other hand, both the Jewish and the Christian scriptures are collections of many books that were written down by different people who did not live at the same time or in the same place.

The Quran is both recited orally and written down in book form. To the Muslims, the Quran is not just ‘a’ book,’ but ‘the Book.’ Yet, the true power of the Quran remains in the oral recitation.

What makes the Quran special?
1-Of all the major scriptures only the Quran exists in the original language it was revealed in – Arabic.

2-The Arabic Quran is not the same as its translation. The Bible is the Bible, no matter what language it may be in, but a Quran translation is not the word of God. The “Quran” is the exact Arabic words spoken by God and revealed to Prophet Muhammad in Arabic.

God says in the Quran

“Indeed, I revealed it as an Arabic Quran.”

Lastly, Muslims claim that the Quran is the true Word of God for several reasons:

The Literary Miracle of the Quran
The Arabic Quran is considered inimitable, it has no equal. Human beings, no matter how hard they try, are not capable of replicating something similar in beauty, eloquence, or wisdom. Past prophets offered proof of their propethood through miracles. The Quran is the living miracle of Prophet Muhammad who never went to school. During his life, he never read a book, nor was he ever tutored. How could a man uneducated in the modern sense of the word, all of a sudden, produce a book of supreme eloquence at the age of forty?

The Scientific Miracles in the Quran
The Quran has scientific information that was unknown 1400 years ago. Here are a few examples:

The development of the embryo is accurately described in the Quran (Quran 23:12-14). So striking that a world renowned expert in the field, Dr. Keith Moore, said, “It is clear to me that these statements must have come to Muhammad from God, because almost all of this knowledge was not discovered until many centuries later.  This proves to me that Muhammad must have been a messenger of God.”
The sun is not stationary, but moves in a specific direction.

* That living things consist mostly of water was discovered only after the invention of the microscope, but the Quran states,

“We made every living thing from water? Will they not believe?”

*That mountains have deep ‘stake’ like roots was not known, until after the development of the theory of plate tectonics in the beginning of the 20th century, yet the Quran states,

“Did We not make the earth a resting place? And the mountains as stakes?”

What was the source of this information? The only reasonable answer is that it was God who sent the Quran to the Prophet Muhammad.

“And if you are in doubt about what we have sent down upon our servant (Muhammad) then produce a chapter like it.”

Content & Teachings of the Quran
In the Quran God speaks in the first person, describing Himself, the principles of belief, and the fate of man in the life to come after death. It contains the accounts of past prophets and their communities. It has prayers and words of inspiration. It tells us how the Creator fashions the universe and develops the fetus in the womb. It examines the heart and mind of man. God also makes His laws known. It tells people how to pray, fast, and take care of the needy. It tells people that they should observe God's instructions purely for God's sake, not for any worldly aims. It warns those who deny God's messages that they will be thrown into the fire of Hell, and it promises those who accept the messages that they will be given the bliss of Paradise. Much more than the Judeo-Christian Bible, the Quran talks specifically about God. No matter what the topic may be, the Quran refers the discussion back to God by mentioning one or more of the divine Names, such as "God is the Mighty, the Knowing." God’s compassion and mercy are cited 192 times in the Quran, as opposed to 17 references to his wrath. It goes into details of human interrelationships - such as laws of inheritance and marriage. Despite this, it is not just a work of theology, law, history, or natural science. It is all of those and none of them at the same time. It is more than the sum of its component parts.

Sunna
During the life of the Prophet Muhammad and after his death, his companions preserved his sayings and words by collecting and writing them down. Every report about the Prophet Muhammad is called a “hadith” whereas the ‘Sunna’ refers to the teachings and the way of life of the Prophet Muhammad. It is central to the understanding of Islam as without the ‘Sunna’ one cannot really understand how to implement Islam. ‘Sunna’ is contained in the books of hadith. Muslim scholars developed a very sophisticated system to investigate the transmitted material or the ‘hadith’ to ensure its accuracy:

* they examined the names of the people who heard or saw Prophet Muhammad themselves.

* the reputation of each narrator.

* the chain of narrators was examined to determine if any of the narrators were considered untrustworthy or were of weak memory
* the text of the hadith itself was examined for contradictions against the Quran and other verified traditions.

Based on the results of the examination, hadith were classified into four different types: authentic, good, weak, or fabricated. Only the first two categories are considered authoritative by Muslims scholars.

Among the more notable collections those of Imam Bukhari from Bukhara (a city in modern-day Uzbekistan), and Imam Muslim of Persia. Their collections of hadith are considered to be the most authentic. The English translations are easily available on the Internet. They are the collected sayings and actions of the Prophet, categorized by topic (such as faith, works, testimony, prayer, fasting, charity, marriage, finance), that were compiled in the early centuries of Islam.

M. Z. Siddiqi, a Muslim scholar, summed up how the Sunna was preserved: “The Hadeeth in the sense of the reports of the sayings and doings of Muhammad has been a subject of keen pursuit and constant study by the Muslims throughout the Muslim world since the very beginning of the history of Islam up to the present times. During the life-time of Muhammad many of the companions tried to learn by heart whatever he said, and observed keenly whatever he did; and they reported these things to one another. Some of them wrote down what he said in Saheefahs (scrolls) which were later on read by them to their students, and which were preserved in their families and also by the Followers. After the death of Muhammad, when his companions spread in various countries, some of them as well as their followers undertook long arduous journeys, courted poverty and penury in order to collect them together…Their remarkable activity with regard to the preservation and propagation of hadeeth is unique in the literary history of the world…[And the excellence of their sciences remains] unparalleled in the literary history of the world even to-day.”
Compare it with the case of Paul and the origins of Christianity. Paul had never met Jesus, therefore, he could not trace his teachings back to Jesus. Consequently, he met opposition from many of Jesus’ disciples who knew firsthand what Jesus had said. Unfortunately, many of the claims made in early Christianity were not traced back to Jesus and nothing equivalent to ‘hadith’ or ‘Sunna’ were developed in Christianity. As a result, the religion got distant from the true teachings of Jesus.

Quran vs. Hadith
The verses of the Quran are unique in their style. From rhymes to prose, there is a certain way that the information is presented using certain types of constructions. The words of Prophet Muhammad, or hadiths, which form the Sunna, are words he spoke to people that are neither rhymed nor recited in a melodious voice. The following is an example of the difference in style. The first selection is a verse from the Quran. The second two well-known hadiths of Prophet Muhammad.

Quran:
“O You who believe, shall I lead youto a bargain that will save you from a painful doom? It is that you believe in Allah and His Messenger and then strive in His cause with your wealth and your persons. That is best for you if you only knew.”

Hadith:
The older a person gets the more his desire for two things increases: wealth and longevity.”

“Learning is a duty on every Muslim, male and female.”

As you can see, the tone and style of the Quran is distinctly different in the Arabic language from the tone of hadith which are more like words of wisdom, statements of a teacher to his students.